You are here: Home / The Writing On My Wall... / Clear the Clutter Challenge Day 4: Kitchen Clutter

Today we are working on kitchen clutter!  (I do so apologize that I skipped Challenge Day 4.  You never realize how much you need something until you don’t have it and a whole day without internet when you are trying to blog is a killer!!)

The kitchen is usually too much of a space to organize in one day, so we will just be doing a small amount at a time.  I just took the total number of cabinets/drawers and divided it up into fourths.  If you look at the Challenge list, there are several days dedicated to the kitchen–I don’t want you to be overwhelmed.  However, if you want to work ahead, that is totally fine.  I know what it’s like to get in a groove and not want to stop! 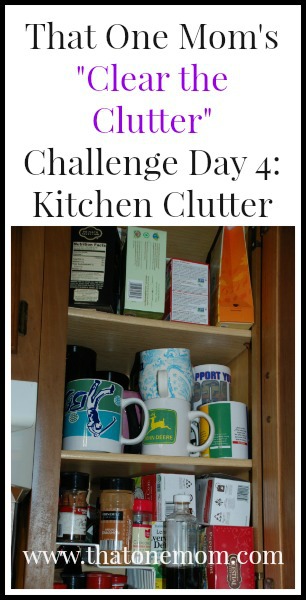 My kitchen is small, but oddly enough I have about 20 cabinets and drawers altogether.  They are all awkward shapes and sizes and it even with all that space, it seems like there is never room to store anything!  That’s probably because I don’t use half of what is in my kitchen, so today I’m going to start changing that.  If I don’t use it or can’t see using it in the immediate future, it needs to go!

It’s your kitchen, so of course you can organize it how you want, but I do have a few suggestions:

Now here’s what I have done so far:

That’s enough for one day, don’t you think?!?  There is still plenty more to be done, but it’s nice to have a small start.  If I had a few interrupted days, I could probably get it finished a lot faster.  Of course, there is also the possibility that I would get really bored or really aggravated and give it up all together!!  Baby steps can be a very good thing!

Is your kitchen full to over-flowing?  Do you know where things are or are you more like me and aren’t even sure what you have?  If that’s the case, please join me on my 30 Day “Clear the Clutter” Challenge and let go of the trash to make more room for the treasure!! 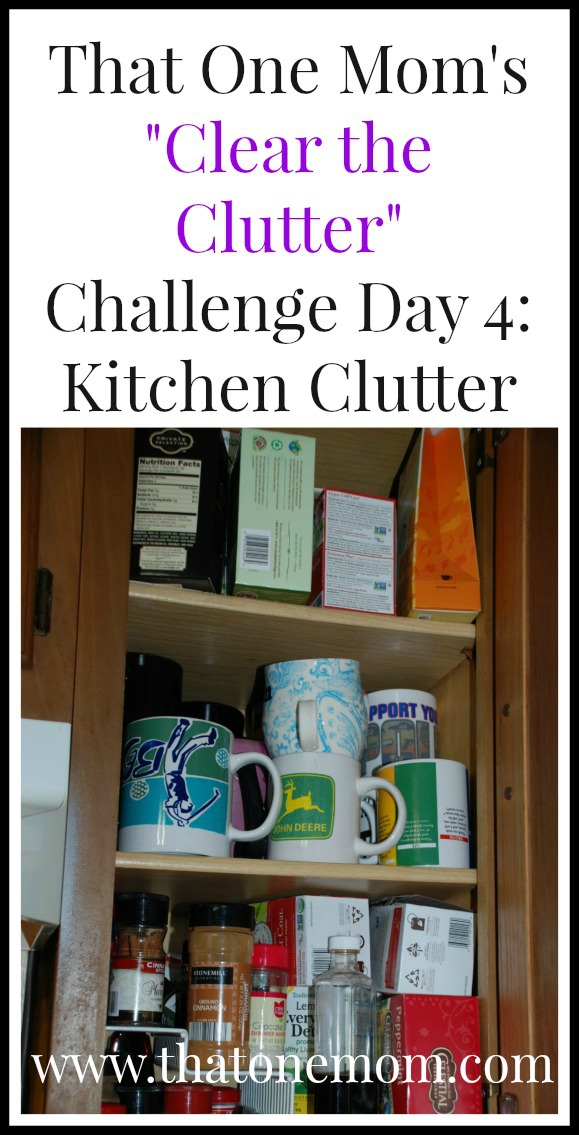