You are here: Home / The Writing On My Wall... / Cumberland Falls, KY: Falling In Love with the Niagara of the South!

I don’t know if anyone knows this, but I like to travel. The problem with it is that I often have limited funds and limited time frames. And also, I get really tired when I have to do a lot of driving. Still, we missed a lot of travel/tourism opportunities when my children were younger and I’m determined to start squeezing some of these trips in. The saddest part is that my boys are busy with college and work and romance and aren’t all that interested in hanging out with me. (It breaks this crazy ol’ momma’s heart.) Fortunately, my Spizzie girl is an awesome travel buddy and she’s always eager to explore someplace new! We recently traveled to Cumberland Falls in Kentucky.  I’ve been before, but it was a first for Spizzie. I definitely don’t think it will be our last!

Cumberland Falls (located somewhat between the towns of Corbin and Williamsburg, KY) is actually a state park that consists of the falls themselves, hiking trails, a visitors center, lodge, restaurant, pool (although I think that might be closed while they work on updating it), gift shops, and various other little attractions/exhibits. It is sometimes called “The Niagara of the South” because it is believed to be the largest waterfall south of Niagara Falls and east of the Rocky Mountains. Whatever you want to call it, it is beautiful. And a little bit terrifying! 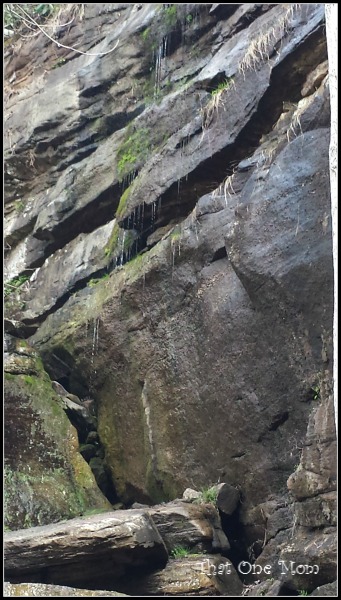 I’m just kidding. That’s not it. That’s just one of the many “water features” you can find while you’re roaming around.

This is the actual Cumberland Falls. Pretty, right?!? If you come during a full moon, you can see a “moonbow.” I’ve been told it’s prettiest during cold weather when the light reflects off of ice and/or snow, but I’ve never witnessed it for myself. Since it’s apparently not found anywhere else in the Western Hemisphere, it’s definitely a must-see no matter what time of year! 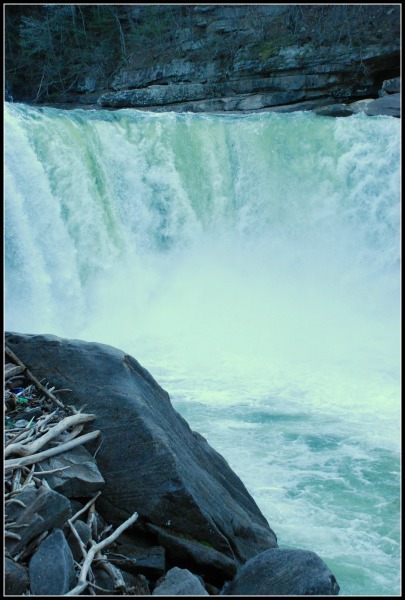 You can see a little of the trash that collects on the side in the picture. They do have certain times each year that they have trash clean ups, but some of it is probably really difficult to reach and judging from the amount of rain and flooding they have had in the past year or so, I’m guessing they’d have to do it every few hours to get it all.

I also have a great video, but I didn’t include it. You never know what will happen when you give a teenager your phone. I only noticed how pretty the scenery was and then I noticed this really strange sound in the background. Turns out she was pretending to go down the Falls and that’s the noise she intended to make as she plummeted. It was a really soft “wooooooo” sound. Personally, I think I’d be screeching like a pterodactyl if I were going over the Falls, but that’s just me!

Now Cumberland Falls has a lot of great trails for hiking, but we didn’t go far because we were short on time. Plus I’m super out of shape, so there’s that. We just meandered around the main area and went into the gift shop and visitors center. Spizzie was quite particularly drawn to an old photo featuring some people hanging around at the top of the falls. 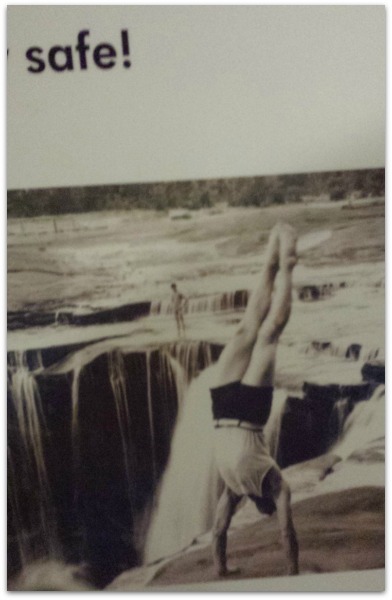 “Safe.” Seems legit!!! Hahaha…actually the word “Be” got chopped off, but you still can’t hang out at the edge of the Falls anymore. I can’t say that I’m too disappointed about that–it’s a long way down.

There were some people who actually rode their kayaks down (which is illegal by the way) not too long ago. According to articles, they were a little dismayed that they were fined for it. I guess the signs saying “no one past this point”, etc., weren’t a dead giveaway. Even if you were ignoring the signs, there looked to be quite a bit of damage to the steps and railings going down to the beach from the flooding. That alone would be enough to deter me. 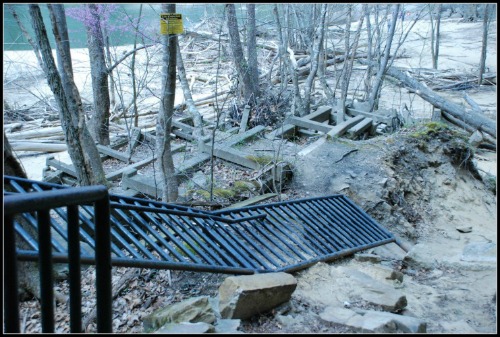 Spizzie found a boat too. It appears to missing something… 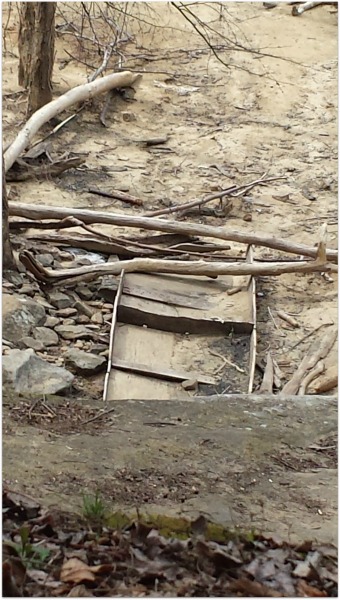 Spizzie also found some arrowheads. She was hoping for some gems, but apparently we bought the wrong bag in the gift shop. She says that’s okay though…arrowheads are cool. I had as much fun watching her as I did watching all the little kids who were panning for treasure. I honestly think she was enjoying it more! 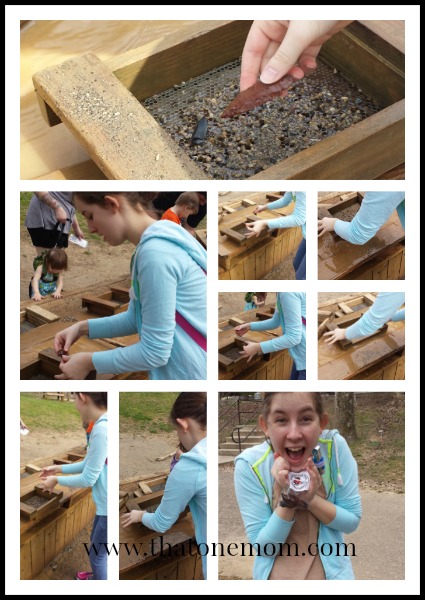 There is definitely plenty to see at Cumberland Falls. I personally think it would make a great place for a picnic or a romantic sunset! 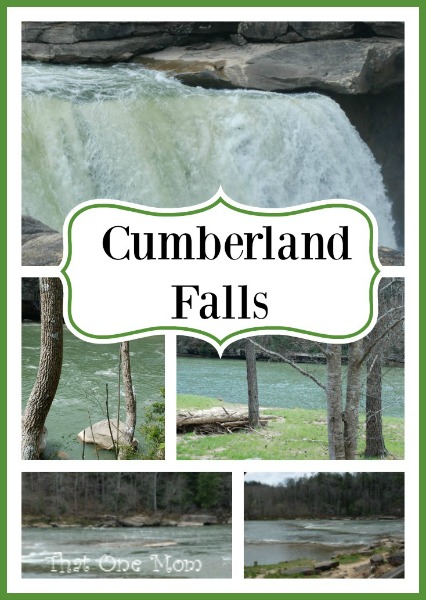 If nothing else, it’s a great place to say you’ve visited. We definitely plan on going back to hike some more and hopefully see one of the moonbows. And don’t worry if you aren’t in love with yet…you will be before you leave! 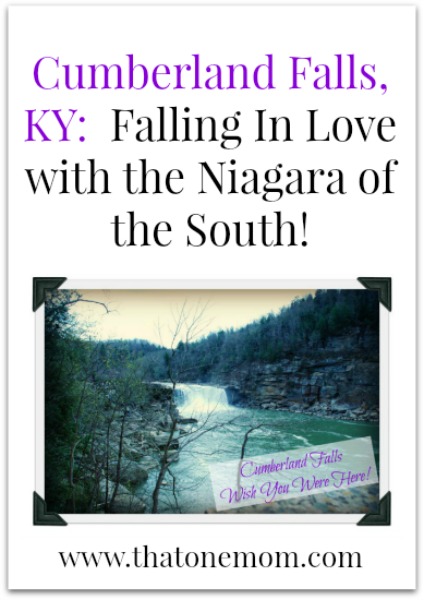 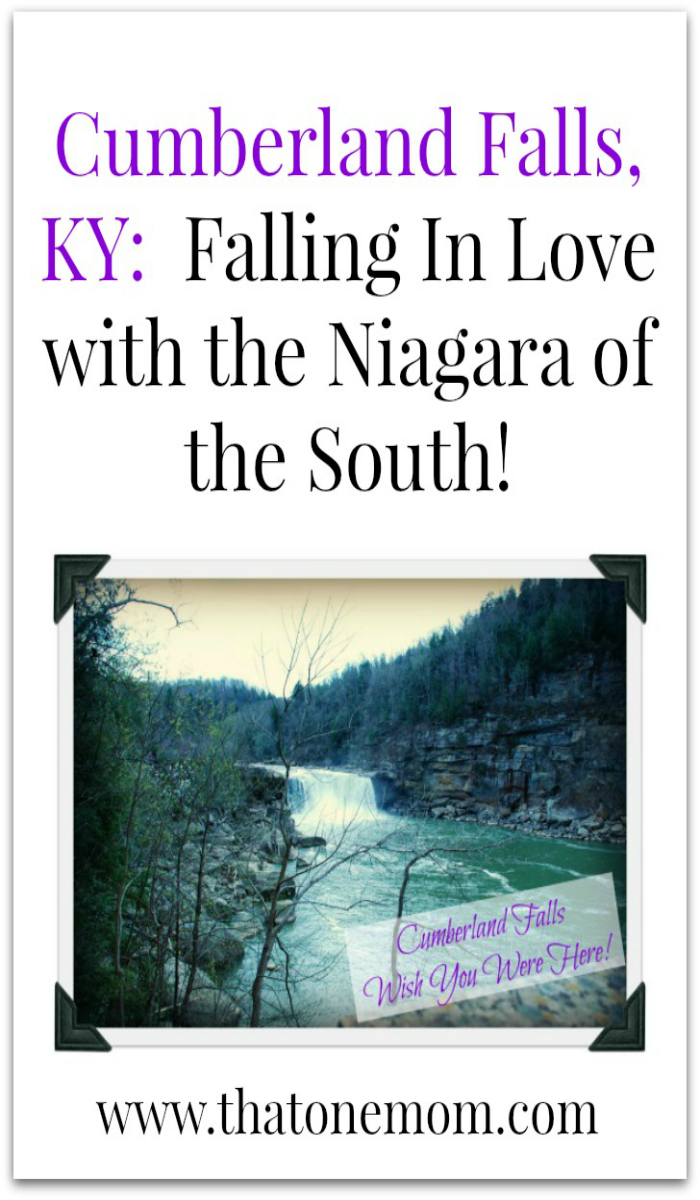