You are here: Home / Holiday & DIY / Halloween / I Like Halloween Better Now Than When I Was a Kid…True Story!

The simple truth of things is that I like Halloween better now that I am adult, than I ever did as a kid. There. I said it!

Here are my reasons why:

1.  I have never liked scary or gory things. Horror movies don’t appeal to me at all and I am definitely not going to pay someone to terrify me! I can’t remember when I became such a scaredy cat, but I suspect it was sometime after I watched “Children of the Corn.” I still get anxious when I am driving and cornfields start closing in on both sides of the road. And if I’m ever driving near the cornfields and see a body in the road, I’m not stopping. I’ll report it to the authorities, but only from a safe distance.

2.  As a child, I didn’t even like to dress up unless it involved me in a frou-frou dress with some princess-like accessories, big hair, and make-up. Which is weird, because I rarely wear make-up or have a fancy hairdo now. I wasn’t a big fan of those plastic costumes we had in the 70’s/80’s either. Those plastic masks were hot and made it hard to breathe! I do enjoy costumes ever so much more now! There is so much creativity and it’s amazing what some people are able to do.

3.  Other than jack-o-lanterns, we didn’t do a lot of decorating for Halloween when I was growing up. I really don’t remember it being all that popular to do. My Mom would put a few things out, but nothing weird or scary and there was definitely not an excess. I really don’t know when it became the thing, but I have put out decorations of some sort since the first year of our marriage. We started out with three little pumpkins on the porch and it grew from there!

4.  I think the biggest reason I never cared much about Halloween was because I was spoiled. I didn’t have to dress-up or even go trick-or-treating.  I knew I was getting treats regardless! We lived on a big hill and there weren’t many kids in the neighborhood. I think the most trick-or-treaters we ever had was something like eight! But my Momma was faithful about buying candy, “just in case,” and somebody had to eat the leftovers! Even better than Mom’s candy stash was living close to my grandparents. Whether I dressed up or not, every Halloween there was a bag waiting for me at Nan & Bud’s. It might be plain or it might say “Piggly Wiggly,” but it was always full of enough candy, cakes, and junk food to give you a full-blown stomach ache and maybe, a cavity or two!! Sometimes there was even money or another prize waiting at the bottom of the bag. Oh how I miss those days!!

After all of these years, I’ve found that I really enjoy Halloween. I still don’t like to be scared. Blood and gore still aren’t my favorite things. But I do love the pumpkin carvings, the decorations, the amazing costumes, and the crazy need to come up with gross names for everyday foods (I took troll boogers to a party once). I’m really not sure if Halloween is just a bigger deal than it used to be or if I’m just a little less spoiled and a lot more creative!! I do know that when Halloween is over, that means it’s that much closer to Christmas and that’s something to celebrate. But whether you love, hate, or couldn’t care either way about Halloween, I hope your night is happy!! 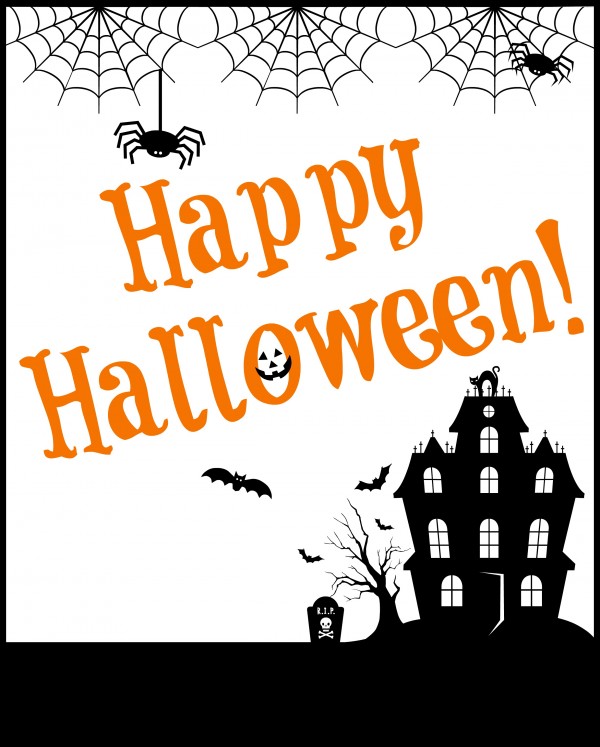