We were invited to Trick or Treat at the lake last night. Spizzie wanted to go, but she declared she was too old to ask for candy and would just hand it out instead…she said she still needed to dress up though! A ghoul or ghost was one of the easiest Halloween costumes we could come up with at the last minute.

My sister suggested she go as a little dead girl and even gave her tips, such as “sing a children’s song in a childish voice,” “point at the woods and shake your head,” and drag a headless baby doll around! 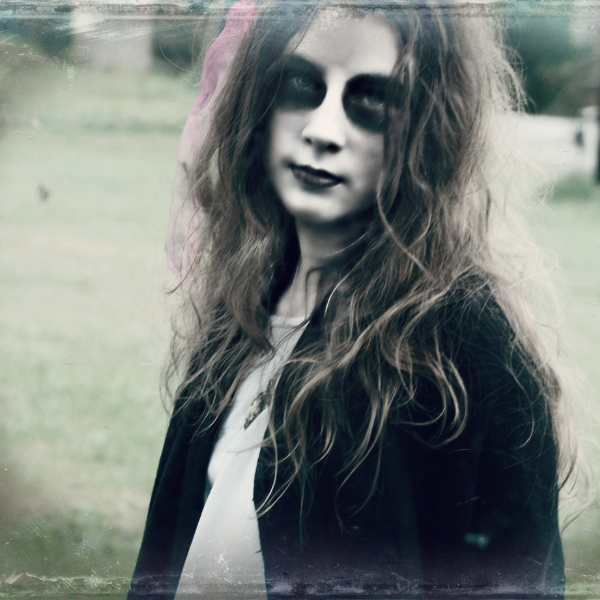 We made a run to the Goodwill and I didn’t find the nightgown I wanted, but I found something similar (it looked more like a pinafore they would’ve worn in the late 1800’s/early 1900’s–very appropriate I thought!!! And for two bucks, I was satisfied.) My first idea was to tea stain it, but it looked pretty dingy even after I washed it. I added some smudges of black eyeshadow to make it look a little dirty, but that was it.

I put gel in her hair and ratted it up as much as I could. The ribbon was already frayed, but I smeared some black face paint on it and then just picked a random place to tie it in her hair. She wore a white shirt and her white jeans  (you couldn’t see them at all), and boots because it was cold. (If you lived somewhere warm, barefoot would be the way to go!)  The shawl was mine and the locket was hers.

For the make-up, I used the white face paint that comes in the Halloween kits. I learned that it works better to dab it on than to try and put it on like foundation. I also used some on her neck, but not as much as the face. I used black eyeliner above and below her eyes and made a circle around the whole eye with black eyeshadow. We’ve had bad luck with the black Halloween face paint in the past, so I didn’t want to take a chance. I just kept filling in until I couldn’t see skin. I also added a little blue underneath, but you couldn’t really see it. I outlined her lips with the black eyeliner and then filled in random spots. I went back over the empty spaces with the darkest lipstick I could find (it was slightly lighter than maroon!)

With her accessories and make-up, she was one scary little dead girl. All-in-all, it was one of the easiest costumes we’ve ever done and she looked “frightful”! (Note:  It is harder than you would think to rip the head off of a baby doll. I’m not really sure how all these three-year-olds manage it. We bought a really cheap doll at the dollar store and removed the head and one leg. I was going to roll it around in the dirt, but we forgot about it in all of the excitement. I suggest making a headless rag doll if you have time.)

Spizzie decided after we got there, that she wasn’t too old to beg for candy after all. So off we went…

She sang or hummed “Ring Around the Rosie” half the night, told people, “I died here” in a really quiet voice, and even told one person that “my mother pushed me into the lake!” I got a few funny looks.

She didn’t crack a smile, she tilted her head to the side and stared at every single person who looked her way, and even walked with a slight limp. Creepy. As. Heck.

Mommy’s Little Ghoul definitely caused more than one person to back away and even got in a staring contest with a couple of other “creatures”…there may be an acting career in the future! 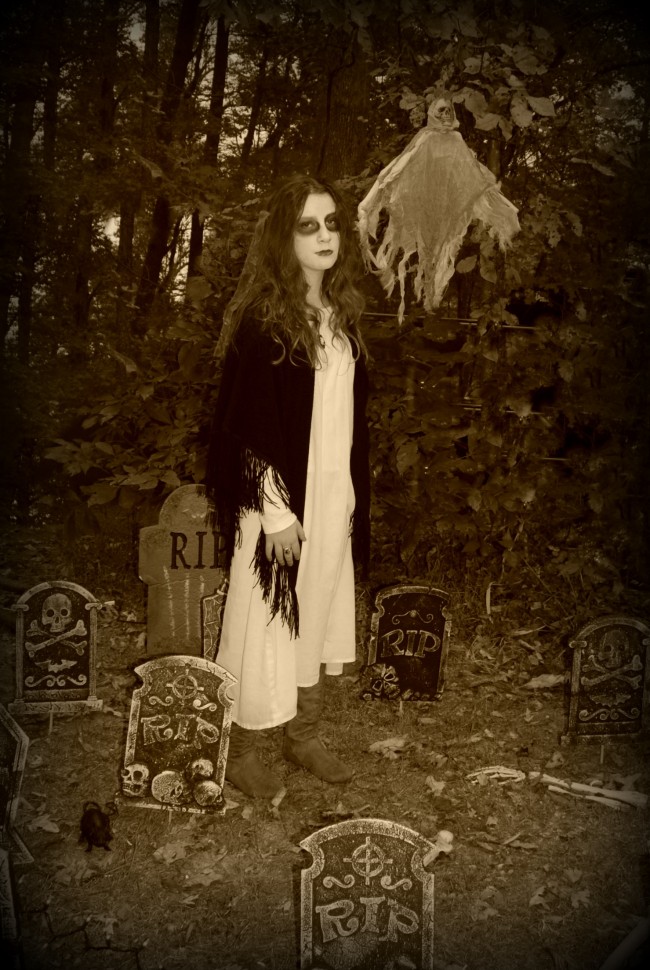 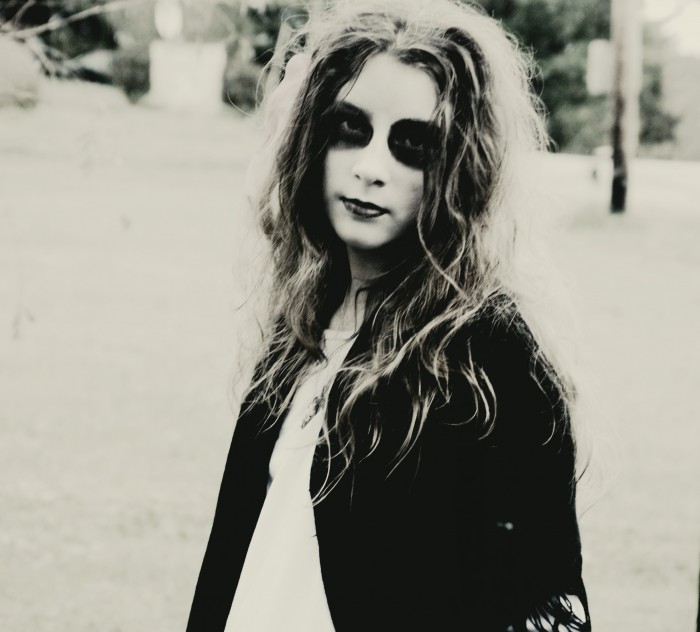 This picture reminds me that Spizzie is definitely growing up. Even with the scary make-up, she looks more like a teenager than a little girl. I’m kind of glad Spiz decided she’s not too old to Trick Or Treat. Except for that part where we decided that she and the other girls were not old enough to take on the entire campground on their own. My legs are still sore!!

« Halloween Costume Ideas
If She Says There Are Mermaids… »