You are here: Home / Food / Party Time!! / Off To the Races: Fabulously Popular Foods for the Kentucky Derby!

I’m not sure if y’all know this, but there is an itsy bitsy horse race coming up this weekend.  It’s called the Kentucky Derby…maybe you’ve heard of it?

Now normally we would spend the day snacking on yummies and watching every second of coverage just to see if we know anyone there and which horses we want to claim as our own.  However, this year, Spizzie and I will be out-of-town celebrating her birthday (yay!) and everyone else will be working or sleeping on the couch (you know who you are).

Hopefully everybody knows by now that the Derby food is just as important as the horses and the hats.  Since we won’t be around to tantalize you with pictures of our own nosh-fest, I thought I would share recipes for Kentucky Derby must-have menu items.  These are the foods I think are quintessential to race day…at least at our house! 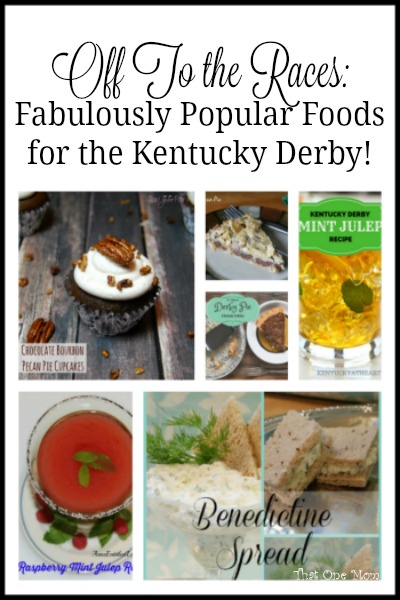 These are just a few of the delicious things you really need to make your Kentucky Derby celebration complete, but if you need more recipes I have a few you might like.  The Southern Lady Cooks has all kinds of fabulousness going on, but I recommend you start with the Kentucky Butter Cake.  Also, for a delicious non-alcoholic julep drink, make sure to check out the Apple Juleps over at Southern Plate.

Now, if you really want to go all out, get you some Beer Cheese, Fried Green Tomatoes, and Kentucky Burgoo (apparently the spoon has to stand up in it…otherwise it’s just soup).  Maybe even add some ham and biscuits and a big ol glass of sweet tea.  Now that’s a Derby party!!

Now it’s your turn…Do you have a favorite way to celebrate the Kentucky Derby? 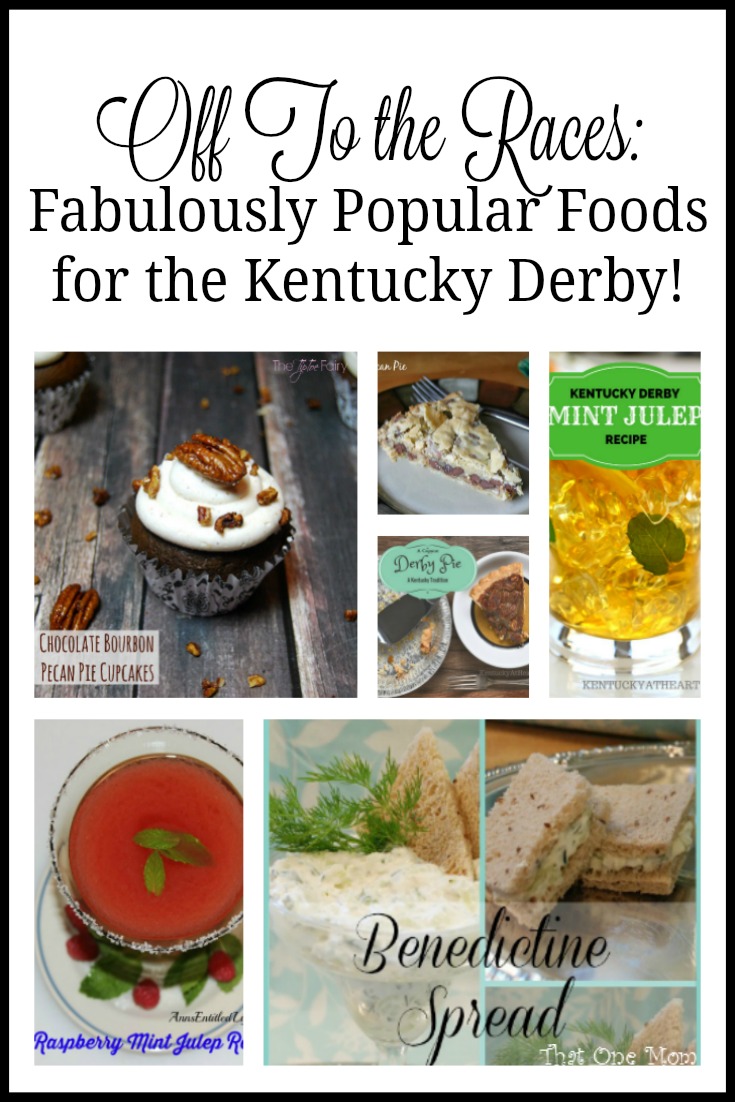 « 10 Ways to Celebrate Your Anniversary Without Breaking the Bank!!
5 Things You Might Not Have Known Until You Became a Police Officer…and Happy Police Week! »