You are here: Home / The Writing On My Wall... / Sausage Stuffing Balls

This Sausage Stuffing Ball recipe was actually shared years ago on the blog as part of a Christmas post, but it’s so good that it deserves to have a post of its own!

I started making these sausage balls when I was 12 or 13. That’s been…ahem…a few years ago. They were an instant hit at our family Christmas gathering that year and since then, have made the menus of multiple parties, holiday celebrations, and “just because we wanted them” snack times!

These Sausage Stuffing Balls make a great appetizer, but they are also really good served with some boiled eggs and toast. The recipe is super simple and delicious and very unlike the traditional sausage ball recipe made with biscuit mix and cheese. 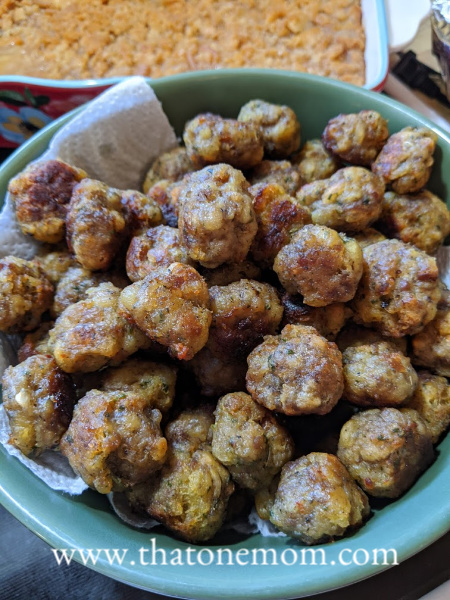 These can be mixed in a bowl, but I’m going to share how to do it my way. It’s a lot easier and it’s one less dish to wash!

Pour stuffing mix into a gallon-size freezer or storage bag. Unwrap the sausage and add it to the stuffing mix. Pour 1 cup of hot water into the bag with the mixture.

Seal the bag and squeeze out any excess air as you go. Mix the ingredients together by squeezing the bag (basically like kneading dough). Move the mixture around several times and try to make sure it is mixed thoroughly.

Just an FYI, make sure the bag is sealed and doesn’t come open while you’re mixing it. That’s a bigger mess than anybody wants to clean up. (Yes, I’m speaking from experience!)

Flatten the bag out as much as you can and put it into the fridge. Let sit for at least thirty minutes. It’s a lot easier to roll out the balls if it’s chilled.

Once chilled, pinch off a small amount and roll it into individual balls. I don’t measure this part, but I’m going to say it’s close to a tablespoon. The size you choose is up to what you and yours prefer. I like them smaller, but my husband prefers a bigger bite. Just remember that the bigger they are, the more cooking time they will need.

Place the sausage balls on a greased pan/cookie sheet. I like cooking spray, but I’ve also used butter, Crisco, or a small amount of oil when the spray was empty.

Cook at 350 degrees for twenty minutes, remove from oven and turn so that they will be cooked on both sides. Return to the oven and cook for at least 15 minutes more.

One batch makes between 30-35 Sausage Balls. I’m not sure what a regular serving size is, but it’s probably somewhere between five and fifteen!!

Try them out and let us know what you think! 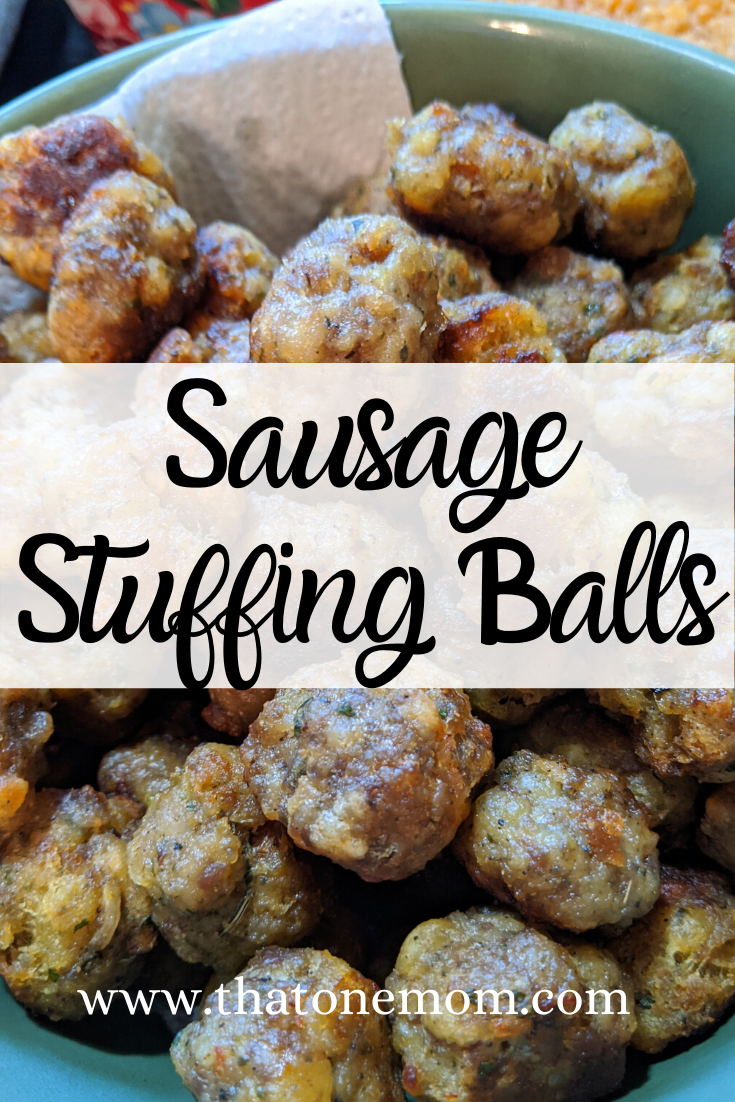 « “Use What You Have” Christmas Decorating
Pineapple Au Gratin »