You are here: Home / Because I Said So! / This Is What Beautiful Looks Like: A Microtia Story

All too often, we see people by what they are on the outside and forget that there is a whole person on the inside who is infinitely more important than just what they look like. And sometimes, we don’t see what they consider flaws and imperfections or if we see them, we forget about them after a while.

My son has microtia. Have you ever heard of that? I hadn’t either until he was born. In the simplest of explanations, it is a deformity of the ear. There are different levels and variations, as well as different ways to treat it. That is a whole other story in itself and I may get into that someday. Some parts of the story aren’t all mine to tell though.

At any rate, my son has microtia of the left ear. He has had some surgeries (which I tend to regret) and most of the time, I forget that it’s different. He doesn’t always forget though.

I don’t think he had very much trouble in grade school, middle school, or even the early years of high school and he learned to handle the questions with grace and sometimes, humor. (A new student asked him what happened to his ear during lunch one day and he grabbed it and said, “Oh no, my ear is gone.” His buddies all got in the floor and pretended to look for it!!) I think the real problems started later on in high school when the major interest in girls and dating started. I’m not going to get into all that either, but let’s just say there are a lot of girls around here who aren’t too bright!

Because where they might look and see a boy who isn’t perfect, I see a boy with brown eyes that will make you melt and a smile that will light up an entire room (my friend calls him Sunshine). They see a boy who turns his head to the side to hear better and think he is just trying to hide what they would consider a flaw. I see a boy who takes the time to listen to people and remember what they say, then uses that to do little things to make them happy. They see a boy who is sometimes quiet and assume he is shy. I see a boy who has a wicked sense of humor, who will pick up any crying baby to soothe it, play in the floor with a toddler, color with a six-year-old, and make sure his little sister walks on the side away from traffic anytime they are near a road. I see a boy who goes to school, works almost full-time, helps anyone who asks, keeps his room clean, kills the bugs when I chicken out, mows the yard, and kisses his little sister on the cheek on prom night when she tells him he is handsome (oh how I wish I had captured that on film). I see a boy who when asked to unload the dishwasher before I get home, recruits his sister to help and not only unloads the dishwasher, but reloads it, washes all of the extra dishes, puts them away, sweeps the kitchen floor, and cleans the counters and stove top. I’m not trying to say he is by any means perfect–when he decides to be stubborn, he’s really stubborn. And he occasionally gets caught doing something we have told him not to do. He never questions his punishment though and he has developed a pretty decent understanding of consequences. I AM saying that what I see and what others see are not always the same.

Perhaps what he sees is not always the same either. I think sometimes he forgets that he has microtia. When you’ve had something all of your life, you tend not to notice it every day. Then there are the days that you do notice. And no amount of reassurance from your parents–that you aren’t all that different; that you are special; that we’ve all been made fun of for something; that no one is perfectly symmetrical; that everyone has an eye, ear, nostril, arm, leg, foot, or other body part that is bigger, higher, wider, or longer than the other–will make it all better.

On the good days–and they are mostly good days–he sees a handsome boy, a loving person, a hard-worker. On the few and far between bad days, he sees the microtia, the multiple surgeries, the scars.

Every day, I see the love, the kindness, the intelligence, the sense of humor, the talent, and the bravery. I see my child.

And I know in my heart of hearts, that this is what beautiful looks like. 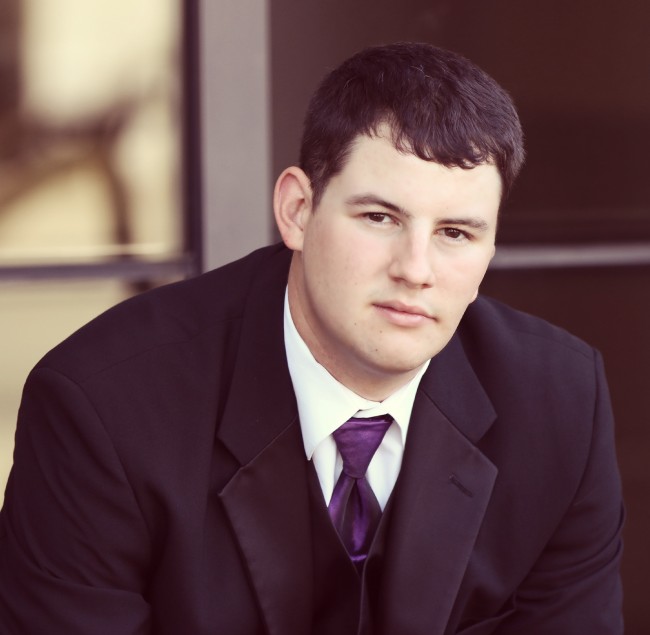 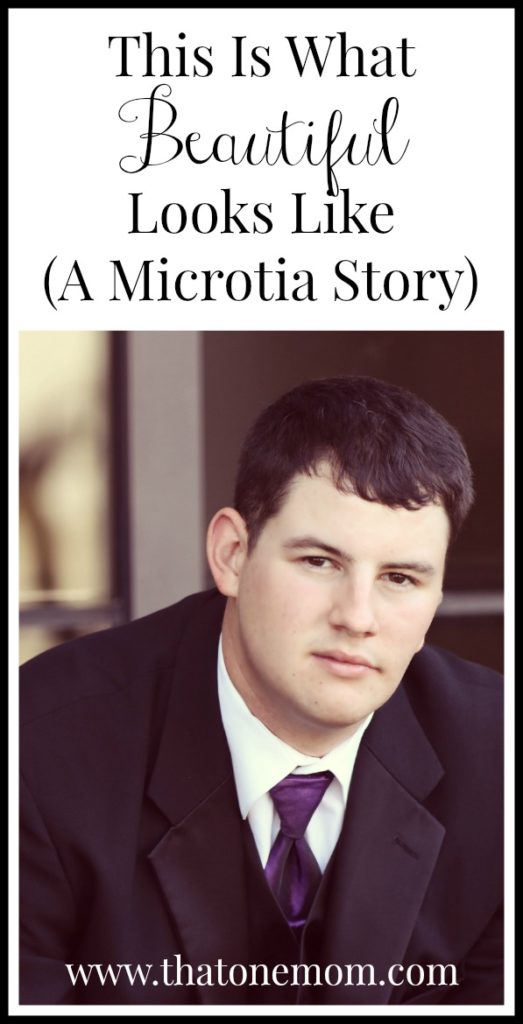 « 10 Tips for Saving at the Grocery Store (Even If You Don’t Want To Use Coupons)
Give My Regards To Broadway!! »