You are here: Home / The Writing On My Wall... / Police Wife Life Series / What It’s Like To Be Married To a Police Officer (and How To Survive It!): Part 2. You Will Get Scared.

Sometimes being married to a police officer is a point of pride.  And sometimes, it’s the scariest thing in the world.  Remember:

You Will Get Scared.  Fear is a big motivator in this world.  Being married to a police officer has its own separate set of fears and they are different for each individual family.  I have a fear that my husband will be hurt or killed, that I will be left alone with three children to raise, that my children will somehow be warped because of time missed with their father, and that someone will use us to retaliate against him.

How we deal with our fears is really up to each of us individually.  No one ever wants to get that call that their loved one won’t be coming home.  That’s one situation I can’t really reason out in my head and I think I would drive myself crazy if I tried.  I have already had to deal with the Super Trooper being hurt and that was a scary thing.  When he was a city police officer, he got hit by a man driving under the influence.  It did major damage to the cruiser and to my husband’s shoulder, and if he wasn’t so tall, the impact would’ve probably been a lot closer to his head.  I’m so thankful that wasn’t the case.

As it was, it addled him enough that he had another officer dial home so that he could tell me to “get whatever is in the oven out, but don’t come to the hospital until I tell you to.”  Then I got silence.  Needless to say, that was a very scary moment for me (especially since there was nothing in the oven—I still don’t know what that was about), but I think after that whole situation I worried a little less about the small stuff!!

As far as the children go, I think they are turning out pretty awesome even if their dad can’t be at every event.  He’s there for all the big stuff (and as much of everything else as he can be) and he’s done volunteer work at their schools on more than one occasion.  They seem pretty proud of him and he always wants to show them off to somebody!

I still have that fear of someone using my children for retaliation–mostly because that seems to be a common thing for a guy in handcuffs to threaten.  So far, no one has followed through with that threat and I just pray daily that they don’t.  We’ve tried to teach our children to be aware of their surroundings and we are pretty cautious about who they spend time with.  “Has your daddy arrested them or anyone in their family?” is a common question in our household!!

Worry and fear are pretty much synonymous.  If you have one, you will probably have the other at some point.  Just like with worry, you can’t let fear take over your life.  It’s not good to dwell on the “what-ifs,” but it is good to be prepared.  Obviously, you can’t prepare for everything, but you can make some decisions now that might make things easier in the long run.  The Super Trooper and I haven’t made an official will, but we have been discussing how we would like things done in the event of either of our deaths (hopefully in the far, far future!).  I’m planning on writing it out and making it official soon.  Of course, when you love someone, I’m not sure that it’s possible to ever be prepared to lose them—whether they are law enforcement or not.  None of us have any guarantees.  So instead of spending time being afraid, spend time making fabulous memories!! 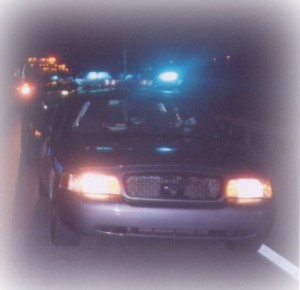