You are here: Home / Food / Appetizers / Benedictine Spread…It’s Not Just For the Derby!

There was a little event a couple of weeks ago that we celebrated with a special menu. Maybe you’ve heard of the Kentucky Derby?

Now we are not hardcore gamblers, but we do all love horses (I’m the only person here who doesn’t ride) and the Derby is a great time to see some beautiful animals. We tend to “ooh” and “ah” over the lead horses more than the ones who actually race though.

Juleps are often served here during the Derby, but not with alcohol. That’s not appropriate for the children and plus, I really don’t like the taste of bourbon. (I even think Bourbon Balls are gross…don’t tell my family.) My favorite julep recipe comes from Christy Jordan’s Southern Plate. Her Blushing Apple Juleps are UH-may-zin!! Put them in a glass with a little crushed mint to give them that whole Derby feel. Oh, yeah! 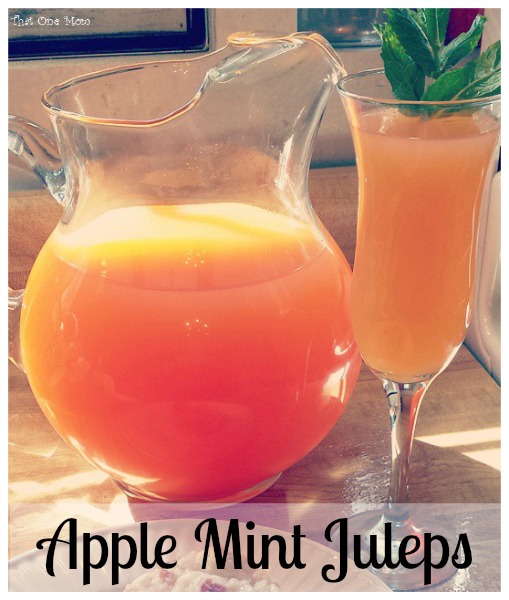 Another food I like to eat on Derby Day is a Hot Brown. A Hot Brown is a sandwich created by the chef at the Brown Hotel in Louisville, Kentucky. During the 1920’s, hungry guests would come flocking to the hotel’s restaurant after the dances. The chef created the Hot Brown to give them something a little more exciting than just ham and eggs!

I found a recipe for Hot Brown Bites from Plain Chicken on Pinterest. Usually they are made in a mini-muffin tin, but this year I opted to make them in a regular muffin tin. They weren’t quite as crispy as the small ones (check out the pictures on Plain Chicken–those hot brown bites are perfection!), but it was a lot less work. And I’m all about a lot less work. 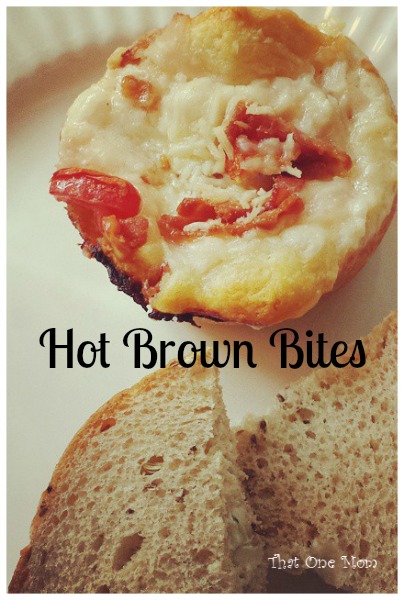 Now we have come to the star of the show:  Benedictine Spread! I’ll admit to never having made Benedictine spread before Derby weekend. I have eaten plenty of it though. It seemed to be a staple at southern weddings and funerals when I was growing up and I’m fairly certain one of my grandmothers used to make it every now and then, “just because.”

I wanted to try my hand at it this year and after reading at least 20 different recipes, I came up with one of my very own. There are some slight differences in mine and the ones I’ve had before, but I think I like this new recipe the best! It’s big on flavor and even if I did leave out the traditional green food coloring, there is still plenty of green! 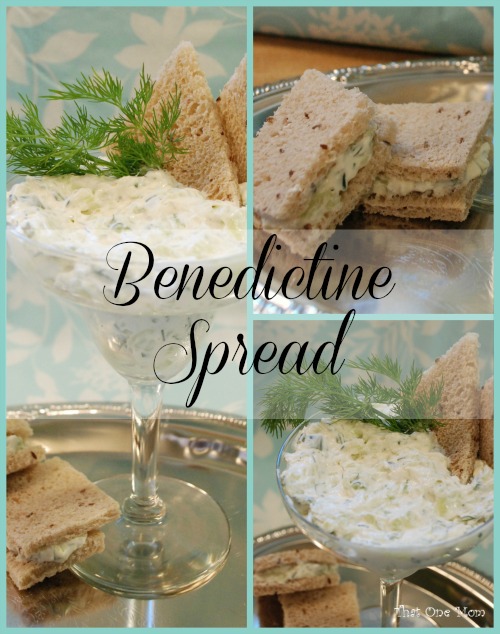 Peel the cucumber. Cut it in half, seed it, grate it, and drain it until the moisture is gone. Mix the cucumber with the rest of the ingredients and chill until ready to serve.

Benedictine spread works well on crackers or bread and even makes a great dip for veggies. Even though it seems to be traditionally eaten on white bread, I used rye bread with dill to make sandwiches and this will probably be my go-to way from now on! The best part about it is that it’s a very versatile party food, so we don’t have to wait for Derby to roll around to eat it again. Benedictine spread makes a great addition to baby and household showers, bridal teas, birthday parties, or just to have as a yummy snack!

Try it and let me know what you think!

« I Promise That #WeSeeYou…
My Summer Bucket List (with a free printable for you!) »