Sometimes I just crave things and I learned a long time ago not to ignore those cravings.  Naturally, I have to be careful and not over do it, but I’ve learned that eating a little of what I crave is better than eating everything in the house because I’m trying to prove my willpower!

When I started craving this spicy veggie pizza, I thought it was a good thing.  At least it has vegetables, right?!?

This is great to make as an appetizer or to take as a quick lunch, instead of a sandwich.

I’m sure most everyone has had the standard veggie pizza recipe at a party or tailgate.  This recipe isn’t that much different, except that you use–are you ready for it?–Spicy Ranch Mix instead of regular!  It’s that simple. 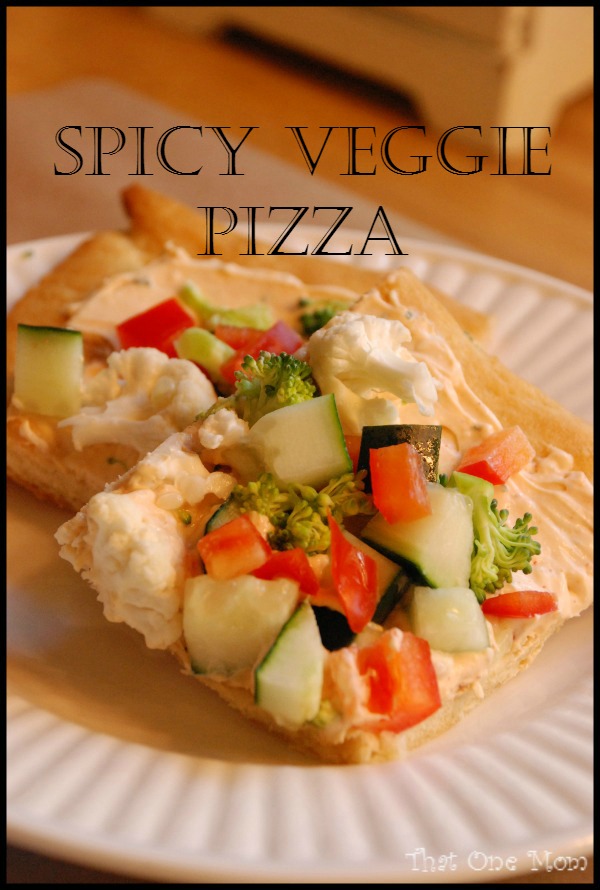 This recipe is fairly simple.  You need:

Chopped vegetables of your choice.  I used broccoli, cauliflower, red peppers, and cucumber–1/2 cup to 1 cup of each.

I start by spreading the crescent roll dough out on a cookie sheet.  (I used a little cooking spray just to make sure it didn’t stick.)  Then I pinch the edges together to make one big piece of dough! 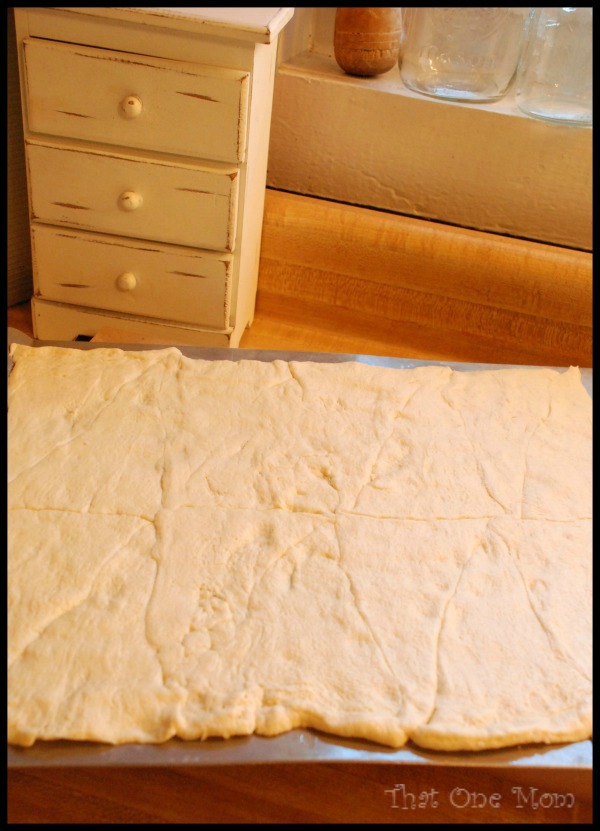 Bake the dough according to the directions on the container, but try not to get it too brown. 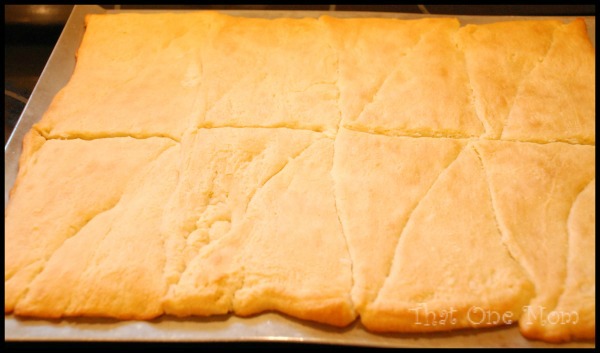 While the dough is cooking,  mix the Spicy Ranch Mix, sour cream, and cream cheese until smooth. 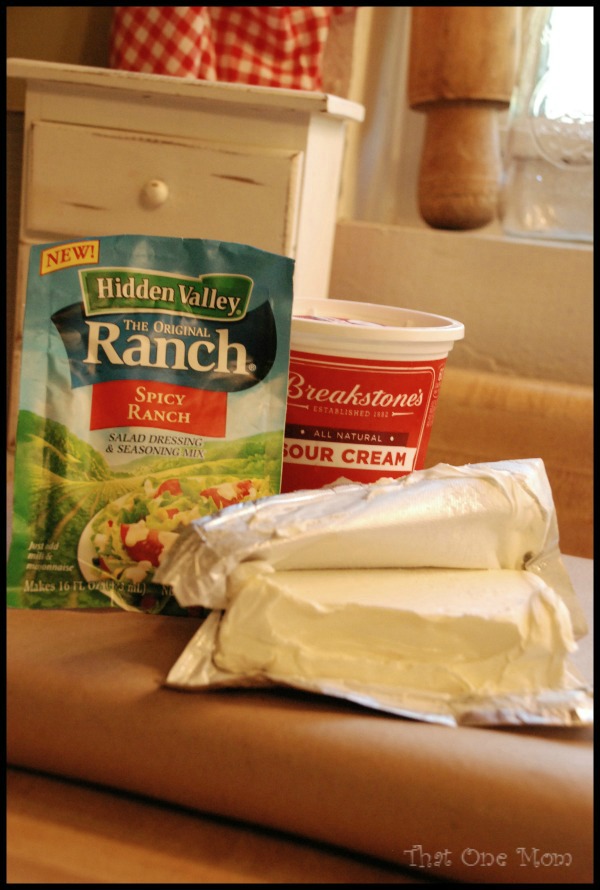 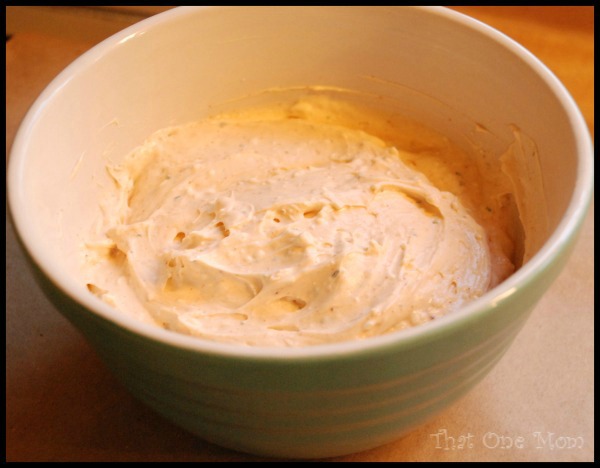 Let the dough cool and then spread on the “sauce.” 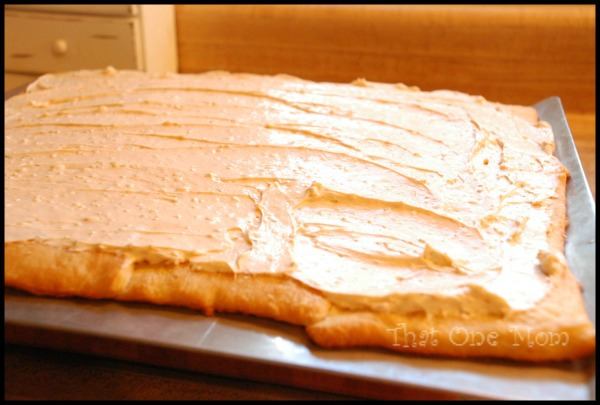 Then add the chopped vegetables. 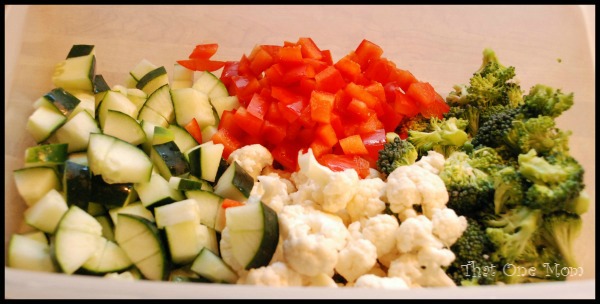 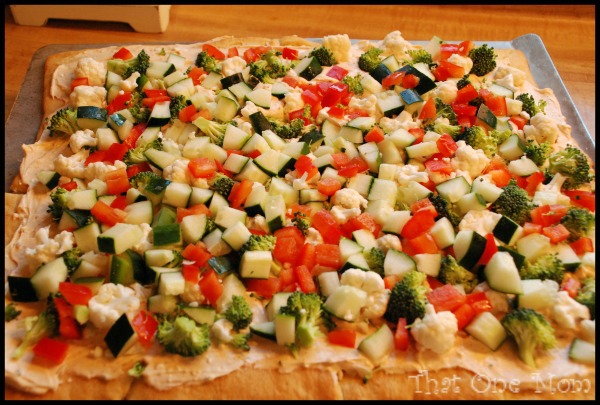 That’s all there is to it.  Just cut it up and enjoy!  I like a crispy crust, so I definitely like it best when it’s fresh.  However, it keeps well in the fridge and I haven’t had any problems with it getting soggy until at least the 3rd or 4th day…if it lasts that long!

You can also cut it into pieces that are as small or as large as you want them.  On average, it will make 16 decent size squares, but you can cut them smaller if you need to stretch it.  Of course, it’s not unheard of for me to cut it into fourths and eat one of those fourths all by myself!

There you have it…a delicious and somewhat healthy recipe that can be used as an appetizer or a quick lunch.  Hope you enjoy it as much as I did! 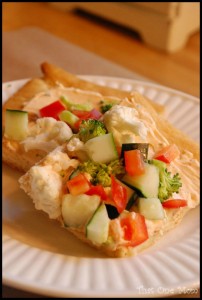